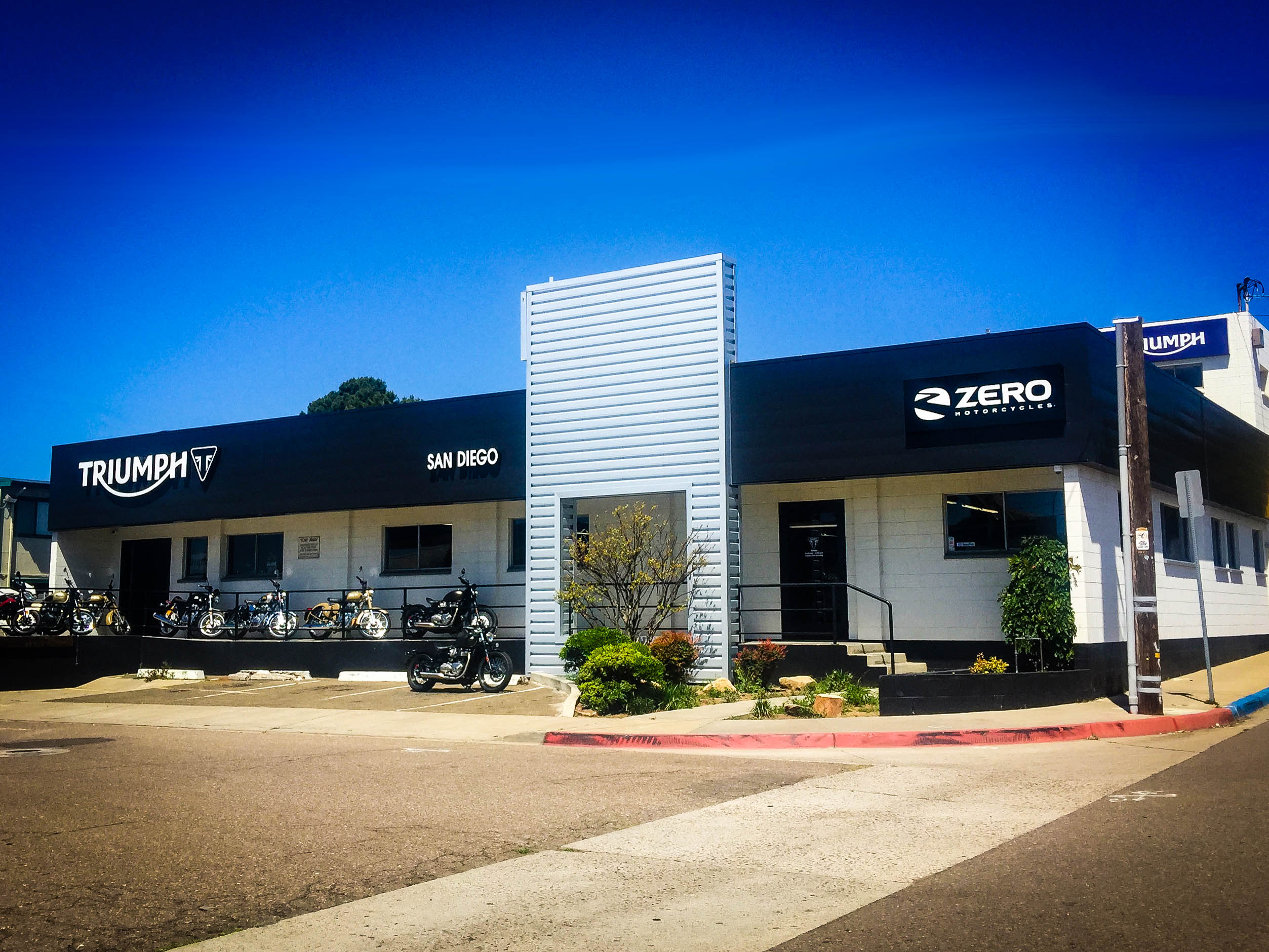 Triumph San Diego is San Diego proper's only Triumph dealer offering the complete line of motorcycles, a fully staffed service department with factory trained technicians, as well as a huge selection of riding and lifestyle accessories.

Triumph San Diego (Rocket Motorcycles, Inc) has been burning the flame for Triumph motorcycles since the shop first opened its doors back in 1980. Triumph San Diego began as Rocket Motorcycles - a non-franchised repair shop for all proper British machinery by then partners, John West and Mark McCaffrey, and became a Triumph dealership in 1994 when Triumph was reintroduced to the states. Since its establishment, the shop has been a landmark British specialist. 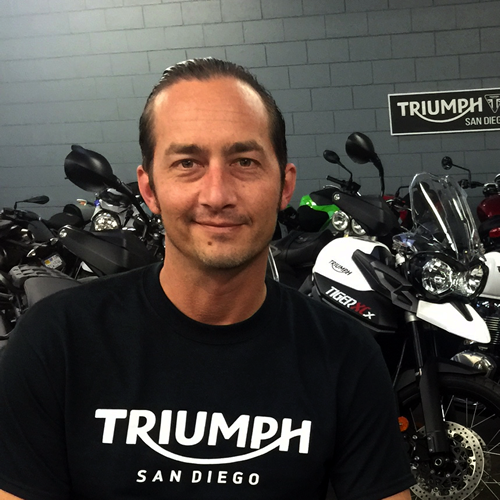 Isaac has many years experience with both modern and vintage bikes. In recent years, he owned and operated Trophy Motorcycles with his partner, Tim Johnson. 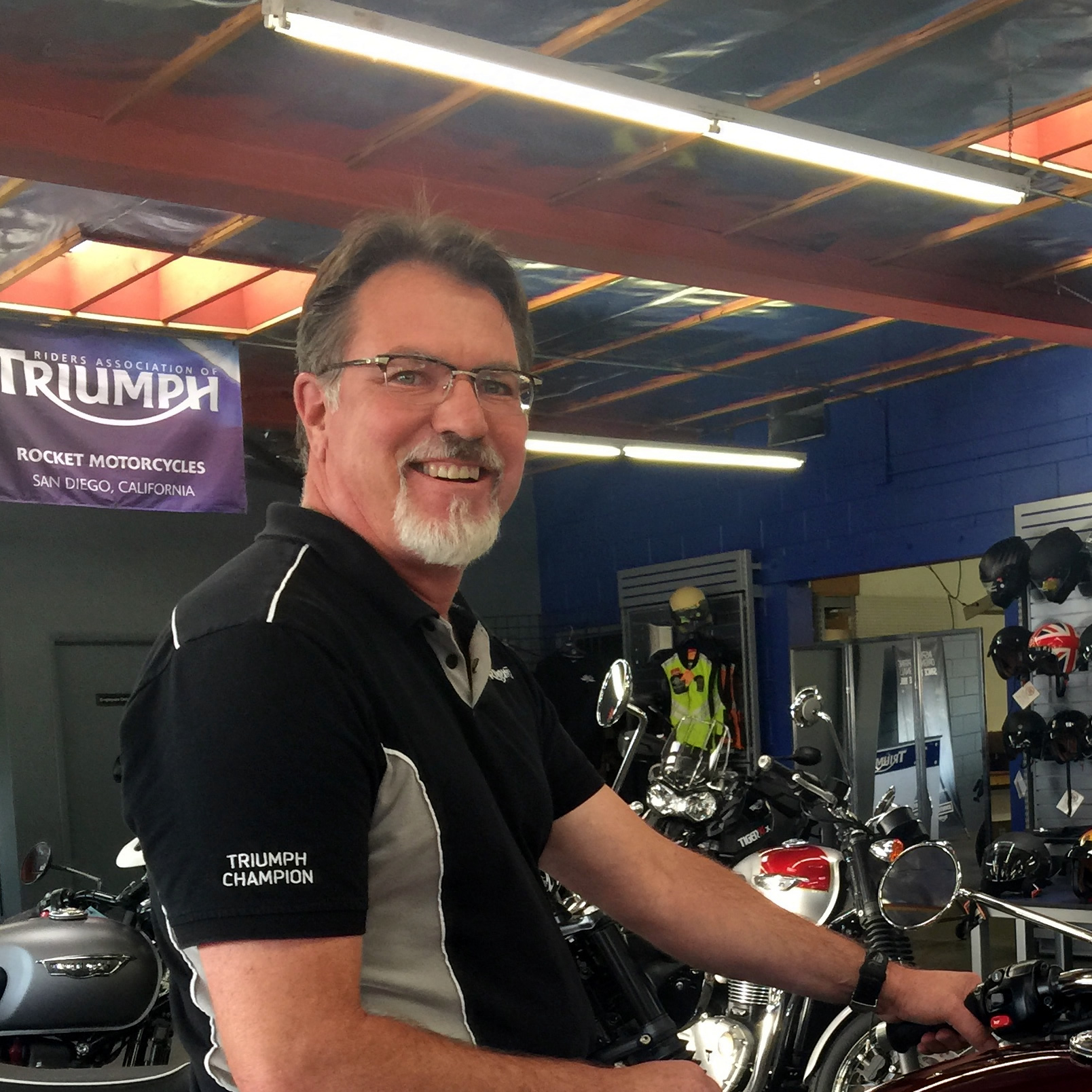 Jeff is our resident Triumph Champion -- a distinguished designation awarded by Triumph to top salesmen. Jeff stared riding when he was 14. A customer turned employee, he has been shopping here since 1998 and has purchased two Triumphs and a Husaberg at Triumph San Diego. 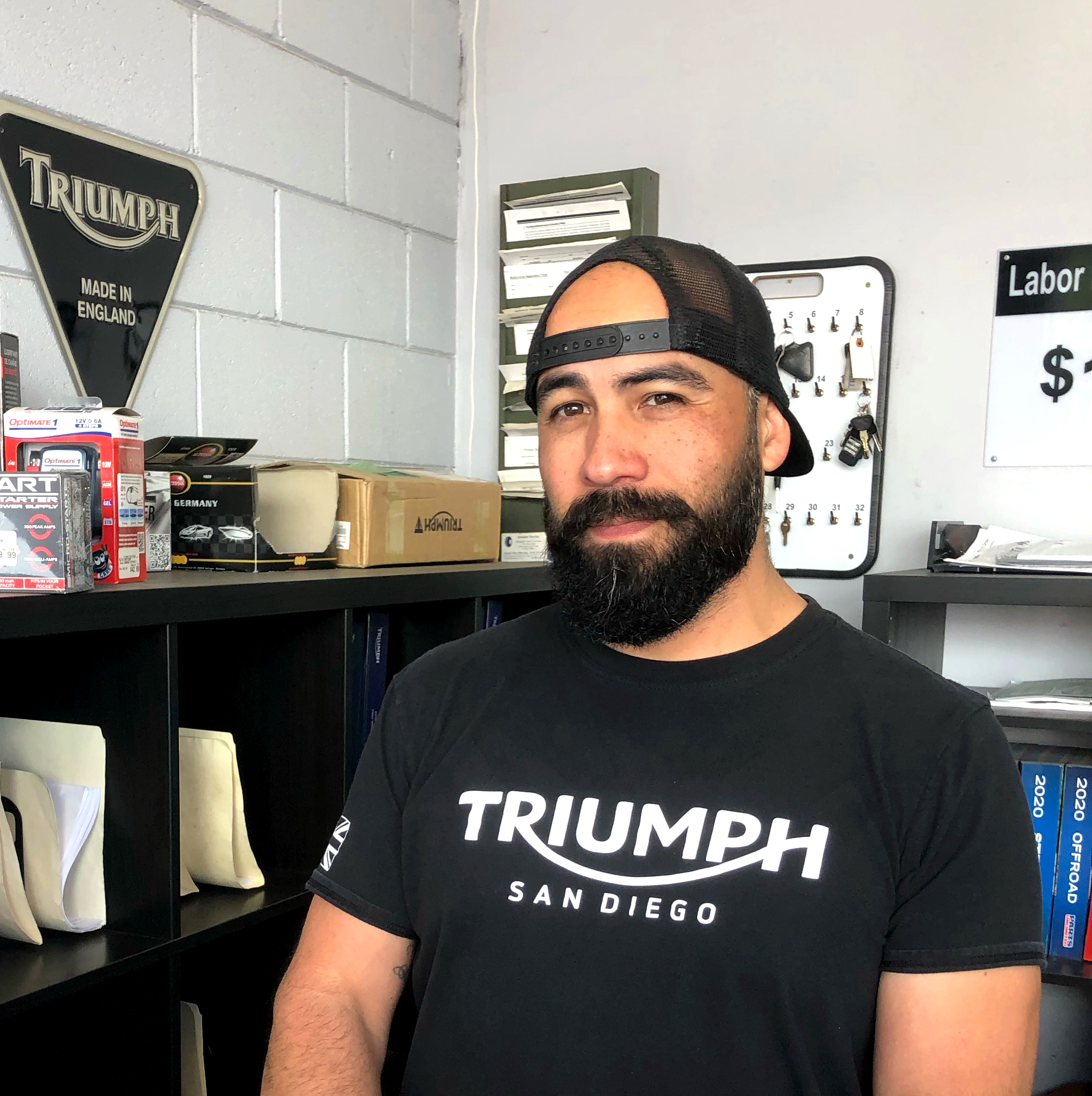 Danny has been our Head Service Writer/Manager since 2018. An avid motorcyclist who rides country backroads every Sunday on his Triumph Daytona 675 and can even be seen getting into the dirt a bit on his 1974 Triumph Bonneville, which is set up for scrambling. Track days and amateur road racing is also in the works for his trusty Daytona. Danny is a true asset to our Dealership. 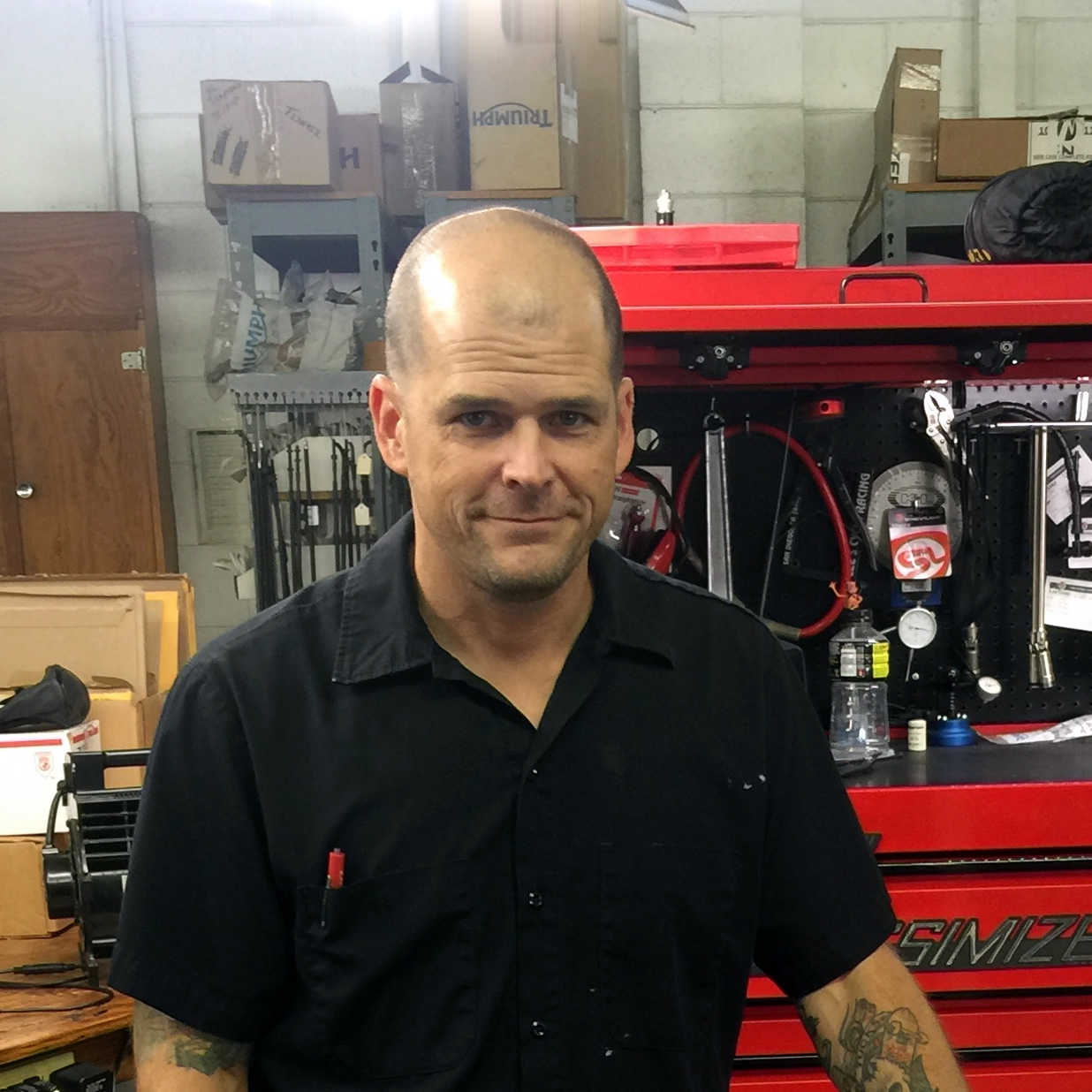 Dan is a customer turned employee with over 20 years experience as a motorcycle technician. Dan is San Diego's Triumph Mastertech and no one knows Triumph's better. When he is not working on bikes, he is road racing them. 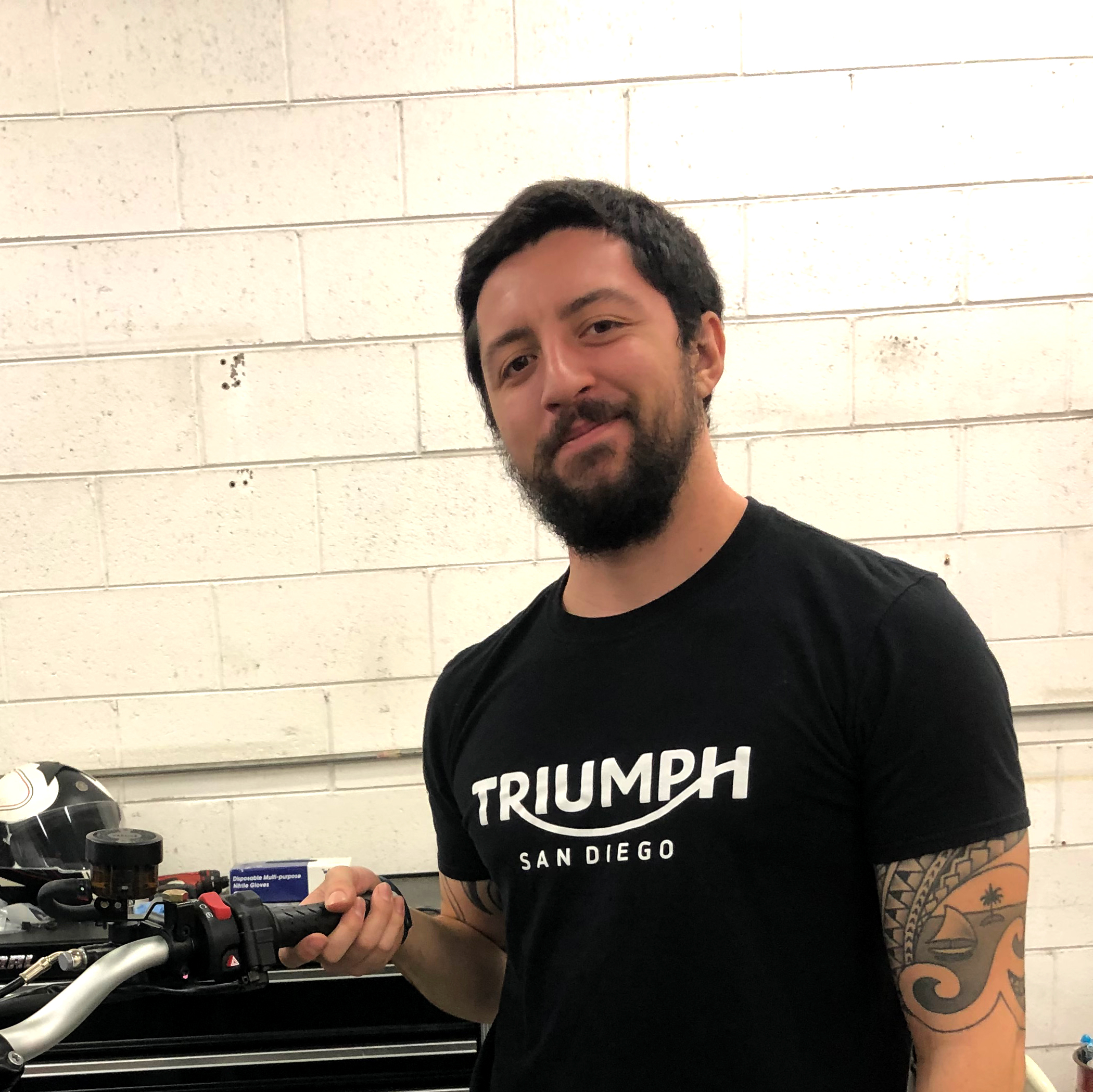 Kevin is a graduate of MMI Technical School and graduated the top of his class in many areas. He is our most recent addition to our well versed staff. Growing up with his family business of heavy tractor equipment, he learned from an early age the love of tools and how to service machines. Kevin is excited to work here and is quite fond of the Zero Electric motorcycles we sell and he is taking the servicing of them under his wing. 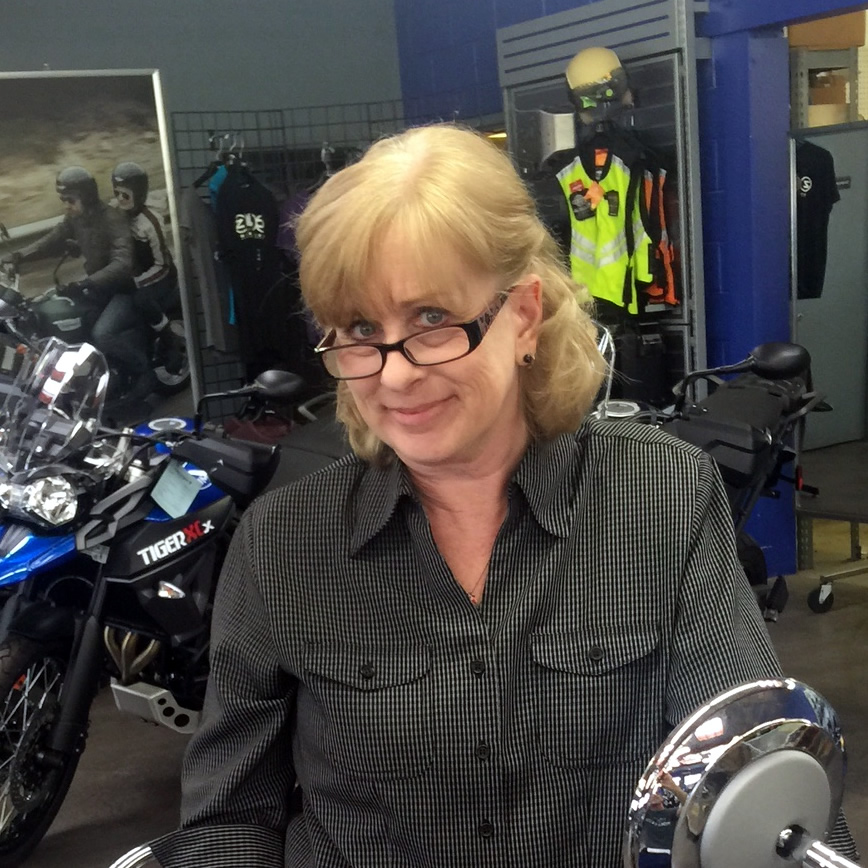 Laurie has been with our team since 2007. She has been taking care of our office and book keeping for quite a while now and we appreciate her hard work. Laurie has been known to ride 2-wheels to work here and there, all while never forgetting a staff members birthday.